By Melissa Grant, written as part of ‘Atmospheric Encounters‘, BOM’s exhibition 19 May – 28 August 2021.

A whole new perspective can be gained from being aloft in a balloon. Far from the violent wrenching experienced when taking off in an airplane, a hot air balloon floats its passengers up into the sky almost unobserved. The flight is silent, save for the burners which are opened at intervals to heat the air. The ground drops away, the once-familiar now replaced with a vista of broccoli-like trees, miniature houses and toy cows. In ‘Falling Upwards’, Richard Holmes writes ‘Show me a balloon and I’ll show you a story; quite often a tall one. And very frequently it is a story of courage in the face of imminent catastrophe’.

The industrial revolution prompted an explosion in human activity and population. There were huge advances in manufacturing, science, medicine and more. The use of coal powered factories changed the atmosphere as well as urban areas and ways of life. Lighter than air transport was possible for the first time and humans began to explore the atmosphere. In 1783 the first manned balloon flight was made by Jean-François Pilâtre de Rozier. Richard Hengist Horne wrote in 1851 of the ‘Sublime highways of the air’ describing the balloon mania that gripped the 19th century. Men and women took to the air and floated in uncontrollable ways, at the whim of the air currents. The longest flight, the highest flight, acrobatic activities and science were pursued. However, the lack of control and some high-profile catastrophes deflated the enthusiasm for ballooning, to be replaced by more controllable forms of lighter than air travel and exploration.

Putting aside anthropocentric excursions into the atmosphere, animals and plants have been airborne for a very long time: the evolution of flight and gliding has occurred in a multitude of organisms in varied habitats. Indeed, some spiders have been described as ballooning, as they send out streamers of silk that can catch the wind and bear them aloft where they become part of the aeroplankton. Aeroplankton is the atmospheric equivalent of ocean plankton and consists of a myriad of tiny creatures that float and drift in the air. Many thousands of different species spend part of their lifecycle in the air: from pollen to spores, wind scattered seeds to microbes and more complex organisms. These microbial assemblages can be propelled into the atmosphere by mechanisms such as storms, raindrops splashing onto soil and sea spray. Shape and weight contribute to the length of time they spend in the atmosphere. Aeroplankton are aloft for an average of 3 days, allowing plenty of time for them to cross land and water, arriving at new places to inhabit.

There are also microbes that appear to inhabit the atmosphere, particularly clouds. Next generation sequencing [1] has been used to explore the composition and activity of cloud assemblages or communities. There is evidence that the microbes in clouds are metabolically active, i.e. are alive and functioning, and have roles as cloud condensation nuclei, or cloud seeds, on which water vapour condenses. The most commonly acknowledged to have this property is Pseudomonas syringae [2] but many species have now been shown to be able to help form clouds. What of the microbes not in the potentially protective environment of a cloud? Experiments have shown that bacteria, such as the soil microbe Bacillus subtilis, can survive the range of temperature, desiccation (removal of moisture), and pressure conditions of not just the troposphere but also of the stratosphere. (The troposphere stretches from Earth to around 7 miles upwards.)

The stratosphere is the layer of the Earth’s atmosphere above the habitable troposphere, approximately 10-50km from the Earth’s surface, and is accessible by balloons. It incorporates the ozone layer and accommodates a wide range of temperatures (0 to -60 ᵒC) and pressures (110 to 22,000Pa). Experiments started in the 1930s to reveal microbes that live in this habitat, and now there is a list of nearly 50 species or genera that have been isolated and cultured [3]. Often the time needed to create cultures is slow and has led to concerns about terrestrial contamination. However, great efforts are made to prevent contamination and experiments are used to model efforts made to prevent planetary contamination, for example for missions to Mars. The use of chemical treatments such as UV-C radiation, ethylene oxide and sodium hypochlorite (bleach) have been tested. The idea of using antimicrobial surfaces to prevent transportation of terrestrial microbes into the stratosphere has also been pondered. Copper containing surfaces are known to be antimicrobial and have been used to prevent biofouling by barnacles on ships and microorganisms in hospital settings. Fascinatingly in 1843 Jean-Francois Dupuis-Delcourt constructed a copper balloon, just to see if it was possible, which could have flown but he ran out of funding before getting the project completed.

The culturing of microorganisms has held a fascination for many researchers – from the arts, sciences or other fields of study. The billowing growth of the fungus Mortierella humilis evocates clouds. It was detected in near ground atmospheric sampling experiments, using a tethered balloon to keep the experimental equipment in the atmosphere, recently made by the High Altitude Bioprospecting (HAB) team in Kilpisjarvi, northern Finland.

In comparison to the ‘A Balloon-prospect from above the clouds’ drafted by William Angus for Thomas Baldwin’s ‘Airopaidia’: containing the narrative of a balloon excursion from Chester (1786). I t is easy to cross the macro and micro scales of the two images and centuries of time between the first forays into the atmosphere and some of the latest. ‘A Balloon-prospect from above the clouds’ shows the river Mersey meandering through a green landscape partially covered in white billowing clouds. It is overlaid with the air current driven twisting route of the balloon, again reminiscent of microbial movement. Another image from Airopaidia shows ‘A Circular View from the Balloon at its greatest Elevation’ laid out before those ingenious and fearless travellers of the 18th century. 360ᵒ cameras are now making this viewpoint more commonplace and increasing the feeling of living in multiple miniature worlds inhabited by assemblages of human and nonhuman actors. Both these image types are evocative of the circular Petri dishes in which stratospheric treasures are encouraged into visible colonies displaying the otherworldliness of hidden microbial flora.

Image from https://archive.org (“The Library (Smithsonian) considers that this work is no longer under copyright protection”)

‘A Circular View from the Balloon at its greatest Elevation’ and ‘A Balloon-prospect from above the clouds’ from Airopaidia: containing the narrative of a balloon excursion from Chester…by Thomas Baldwin (J.Fletcher, Chester, 1786). William Angus (1752-1821, British), Draftsman.

The HAB team have made two expeditions to sample atmospheric micro-organisms. The first used a balloon and a rocket to propel the experiment into the atmosphere, though unfortunately one of the tall tales with a catastrophic ending foretold by Richard Holmes ensued. The second HAB team expedition, to northern Finland, was part of the Finnish Bioart Society’s Field_notes programme, exploring ‘The Heavens’ as an art-science field laboratory. Tethering hand-made, sterilised silk windsocks to a balloon-kite hybrid (Helikite), the team captured microorganisms from approx. 70m above ground. Bacteria and fungi slowly materialised on agar filled Petri dishes and were 16S rRNA [4] sequenced for identification. Many of the genera or species found were similar to the ones previously found in the stratosphere: Paenibacillus, Cladosporia, Pseudomonas, Micrococcus. One had a name evocative of not the Arctic but the Antarctic: Micrococcus antarcticus. This psychrophilic (cold adapted) bacterium was originally isolated at the Chinese Great-Wall station in Antarctica and was described as being closely related to other microbes found there. These include Micrococcus luteus, Arthrobacter citreus and Kocuria rosea, which have been implicated in cloud seeding, and were also found in the HAB experiments in Lapland.

The question remains of whether these are regular residents in Lapland or visitors carried on potentially high-altitude winds and captured in the windsock. Atmospheric modelling has suggested that in the autumn in northern Finland there is a low quantity of microorganisms resident in the atmosphere but that this is the time that they are most abundant in the Southern hemisphere [5]. Perhaps it is wishful thinking that the microbes actually came from Antarctica, and instead may be more ubiquitous than we give them credit for, but nevertheless there is a suggestion that they could have made such a long journey. As has been suggested that ‘aside from some understanding of their diversity, properties of airborne microbial communities and their sources in the Arctic have yet to be investigated’ the role of aeolian sources are being investigated in both the Arctic and Antarctic [6].

Whereas Micrococcus antarcticus seems somewhat ‘exotic’ in its discovery, other microbes appeared more customary in hindsight. Several species of the fungus Cladosporia, with their distinctive black pigmentation were found by the HAB team. A previous survey highlighted these fungi to be highly prevalent in outside dust samples gathered from across the east half of the United States of America [7].

Some of the microbes sequenced returned new identifications: perhaps highlighting that there is always more to be discovered in our desire to understand the planet and its myriad environments and habitats. Discovery of multicellular organisms (macro-organisms) is relatively rare but micro-organisms continue to be discovered regularly. Should the humans of planet Earth be allowed to bioprospect these microscopic forms of life and potentially exploit any novel properties they have? That remains a contested issue for further discussion. This is not a new dilemma, the human race has harnessed many (micro)organisms for their own benefit – from making bread and wine to degrading hydrocarbons and pollutants, and producing antibiotics. How can, and should we go about the work of discovering and living with these forms of microscopic airborne life?

[1] Next generation sequencing refers to the developments since 2009 for the large-scale sequencing of genetic material – this can cover whole genomes or parts of them, for instance, for the identification of microorganisms in particular settings or environments.

[2] Pseudomonas syringae is a bacterium that is a commonly plant pathogen.

[3] An excellent review of the microbes discovered in the stratosphere has been made by Priya DasSarma & Shiladitya DasSarma (Survival of microbes in Earth’s stratosphere, Current Opinion in Microbiology 2018, Volume 43, Pages 24-30).

[4] 16S rRNA is an essential and abundant nucleic acid structure found in bacteria. The sequence is specific to the originating bacterial species and can be used in identification

BOM @BOMlab
15 hours ago
Looks like a dream opportunity for all the biotekky artists out there....🌱 https://t.co/lJ3Gogz3sz
View on Twitter 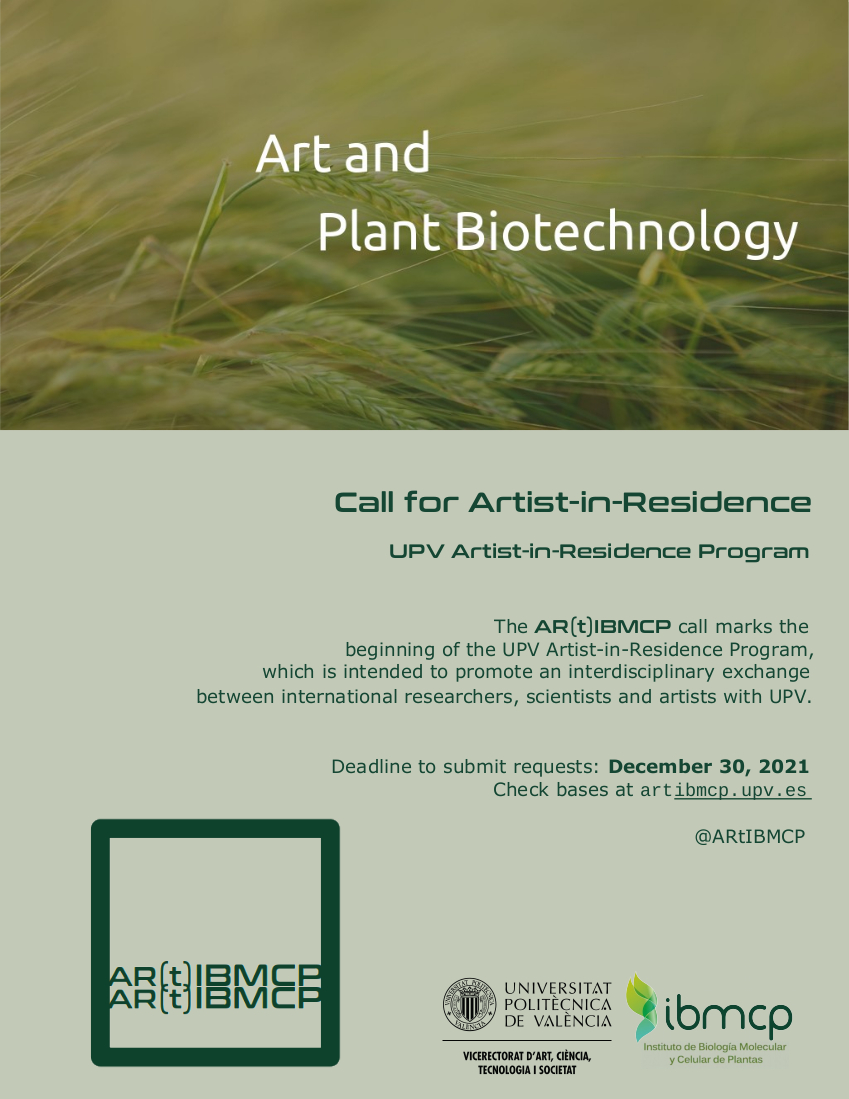 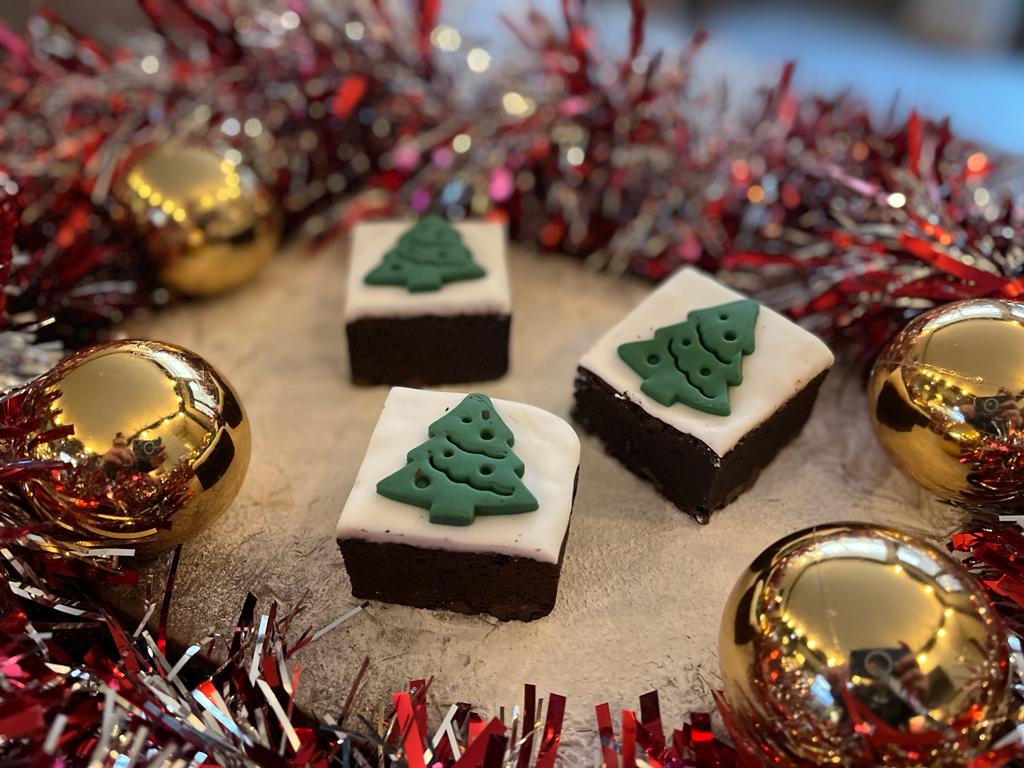 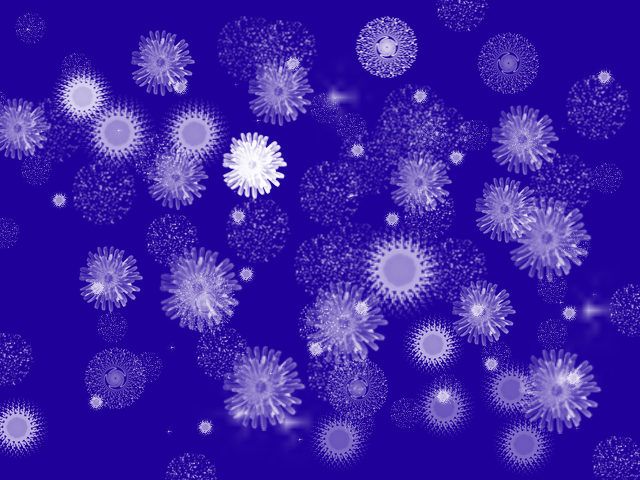